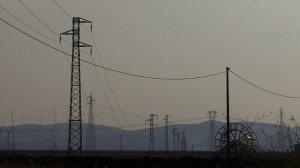 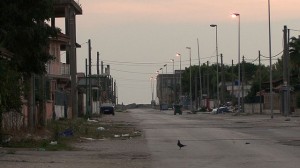 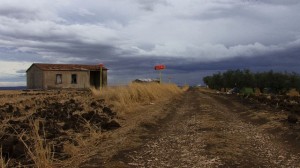 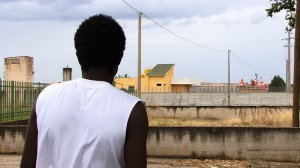 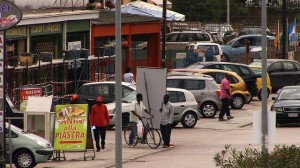 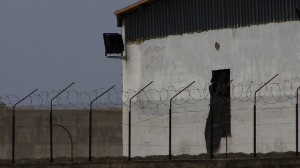 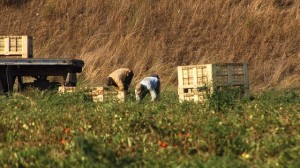 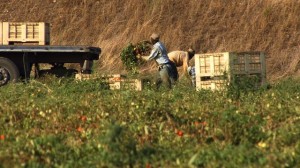 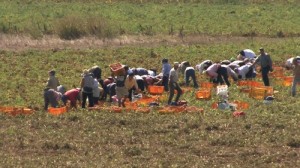 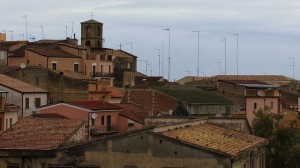 In the agricultural zones of southern Italy, undocumented migrants move from one region to another, following the harvests in search of work. In August and September, the fields are dotted with tomato pickers. Segregated from Italian society, the non-European workers stay in abandoned houses among the fields.

“Before migrant workers it was local people who worked the land… When the agricultural workers unionised, they were fighting for labourers’ rights but also for the right to the land… Now we have gone back to pre-industrial era in terms of working conditions”.

The temporary nature of seasonal work and the urgent need for a wage however small make organised resistance difficult, as the strike in the tomato fields of Nardo last summer showed. After several weeks and the harvest over, the strikers left empty-handed.

However, in the disregarded and mafia-controlled town of Castel Volturno, migrants workers have formed an assembly to defend their rights. A town with a large migrant community, it’s a base for seasonal workers at times when they are not working in the fields.

“People are coming here to Castel Volturno because they can survive… And I think the system also needs a place like this. When you have an enclave, a ghetto, of people with no rights, with no documents, the economy runs fast”.

The assembly is an important means of discussing and voicing common problems. The experiences of exploitative working conditions, racism and the precarity of living without papers are often raised. Their first aim is to campaign to get documents.

“Without documents, you can’t express yourself. They shout “documents” and you have to keep quiet… You have to keep your mouth shut because you don’t have any rights.”